Webb Motorized Chemical Fire Engine
Cincinnati had the 1st motorized fire truck in 1902. And the 1st self propelled fire engine was used in New York City in 1841. In April of 1911, a new Webb Motorized Chemical Fire engine arrived in Lafayette. It came via the Wabash Railroad from the Webb Company of St. Louis, Missouri. The loaner truck was put into service at the new central fire station on north 4th Street and was to answer all alarms within the city during the hours of 8 a.m. to 6 p.m. There was a large gone on the dashboard of the truck to help clear the way. It was also tested on 9th Street Hill and performed very well. The Webb motor engine was returned to St. Louis in May of 1911.

First Automobile
After the Webb engine left, the 1st automobile entered the fleet of the Lafayette Fire Department. It was a 4 cylinder Hudson and it was used by the Chief. In November of 1911, the Board of Works put out notice that it was accepting bid for a motor fire truck. The truck was to be a combination chemical and hose truck. The winning bids was received from Webb Company and on June 10, 1912, the new truck arrived in Lafayette. By February of 1918, the Fire Department began motorizing its entire fleet. 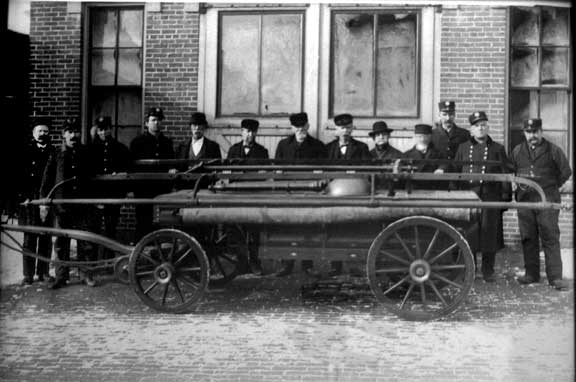